For students, a college campus should be considered as a home away from home. So if you’d put a high-tech security system in your house, shouldn’t universities do the same for their students? Well, some colleges are thinking along those very lines.

The latest numbers from the U.S. Department of Education’s Campus Safety and Security trends show that 49,870 criminal offenses were reported on college campuses in 2014. This figure has gone down by nearly 35,000 since 2005, and technology is likely a huge factor.

“From a communications standpoint, technology has increased campus safety’s ability to communicate effectively with our communities through the internet, social media, mass texting, and intercom and public address systems, particularly during emergency situations,” Kim Richmond, the director of the National Center for Campus Public Safety, told HigherEdJobs.

Besides increasing the ability to communicate in an emergency, schools have utilized tools like apps and IP-enabled security cameras to make it easier to prevent and stop crimes.

In EdTech’s Spring 2016 issue, we reported about Kansas State University’s LiveSafe app, which rolled out in 2015. The app creates a personal safety portal that allows students to report crimes, access 911 and send friends a location update.

Like Kansas State, Rochester Institute of Technology has been using the student-created TigerSafe app for the last few years to make public safety more accessible and easier to report, according to a story from higher ed online journal Campus Technology. With its “blue light button,” students are able to relay their location and contact details to safety personnel and then continue the conversation through a phone call or text message.

Before the start of the fall 2016 semester, Seattle University rolled out wearable “panic buttons” — as small and easy to hand out as a keychain — which are paired with an app and can trigger a request for assistance even when students don’t have their phone, Campus Technology reported.

“[This] will allow us to capture more detailed intelligence on the safety of our students. We can use this information to not only respond more quickly to safety concerns, but to be more proactive in our overall safety efforts,” Craig Birklid, the director of public safety at Seattle University, told the website.

A staple of home security, IP-enabled cameras have also been installed on several college campuses to increase response time to safety issues.

“Our security department was begging for newer cameras that could capture higher-resolution details and provide intelligent efficiencies,” wrote Dugan.

After installing cameras across campus, including in the parking deck, Dugan wrote that they were quickly proven effective after a car was stolen.

“The surveillance cameras caught it all — from her plate number to the thieves scouting the site a few days before the theft, to the make and model of the car that dropped them alongside her car. All those details were instrumental in retrieving her car — within one day.”

A report in the journal Governing finds that 95 percent of large police departments across the country have committed to implementing body cameras on their officers. Campus police could be among the next to pledge. EdTech noted the Justice Department’s reasons to consider body cameras for campus police: reduction of complaints, correction of internal problems, documentation of evidence.

This school year at Rutgers University, WNBC-TV in New York reported that campus police at most locations will be wearing body cameras. Their patrol vehicles have had dashboard cameras since 2001, and Rutgers Police Chief Kenneth Cop tells NorthJersey.com that the “body-worn cameras add a layer of accountability for the police and the public.”

After the 2007 shooting at Virginia Tech University, many institutions have rolled out mass messaging alerts via text and email as enhanced emergency communication. But, as Campus Safety Magazine reports, not all campus areas have the best cell service or WiFi. In that case, a tool like Alertus Desktop, which sends notifications to all desktop computers on the school network, provides timely alerts.

One of the latest tools in this kind of widespread emergency communication is digital signage. EdTech has written about how digital signs can be a great tool for advertising university programs and how it can help with wayfinding and safety messaging. Like these desktop alerts, digital signage can indicate everything from severe weather conditions to active shooters.

5. Wireless Access Controls Are the New Lock and Key

It’s been decades since many universities have employed the simple lock-and-key as building security. Proximity cards and key fobs have become part of regular security at some universities.

So have “smart cards” — cards embedded with computer chips that keep student and faculty data and control access. Northwestern University is one of the latest schools to implement these cards as the standard for dorm keys. These small access cards are making a big impact on security for universities.

“We also find that wireless locks are making it more affordable for school systems to consider devices for each classroom door where, in the past, typical locking hardware proved to be too costly.” 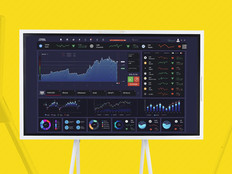 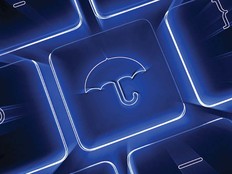