During the annual EDUCAUSE conference in October, the organization previewed its 2016 list of the Top 10 IT Issues. Now that list is final, and information security tops the list.

A research panel that included CIOs and other IT leaders helped determine which issues made it onto this year’s list. EDUCAUSE then surveyed its members, asking them to rank the issues.

4. IT Workforce Hiring and Retention

New to this year's list of IT issues are institutional data management and IT organizational development. But the big change from last year's list is information security’s rise to the top of the chart. Susan Grajek, vice president of data, research and analytics at EDUCAUSE, says this is due to a changing atmosphere in higher education in which more leaders are shifting their attention to keeping data secure.

"The pace at which security incidents, breaches and identity theft are happening has continued to escalate," Grajek tells EdTech. "The common wisdom now is not, 'What do I do if I get breached?' It's, 'How do I prepare for the inevitable breach?'"

The number of vectors for breaches into higher education networks is increasing along with the number of devices being brought onto campuses. The average college student brings seven internet-connected devices, including smartphones, notebooks and tablets, to campus, according to re:fuel Agency’s 2014 College Explorer report.

Grajek says in this environment, the responsibility to maintain information security doesn't rest on the shoulders of the IT staff alone, but with everyone who interacts with institutional data.

"Whether they’re students, faculty, alumni, office workers, everyone can be a vector when you get a breach. An email that says, ‘click here’ can become the start of a breach. I think that's just scary," says Grajek.

Grajek compares the current environment of IT in higher education to the transitionary period society experienced during the first years that automobiles were on roadways.

"In many ways, colleges and universities are similarly expecting the existing ecosystem — their people, processes and culture — to be able to support, without change, today's new and very different technologies," she says. 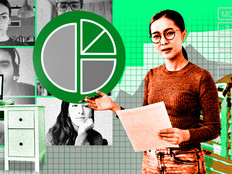 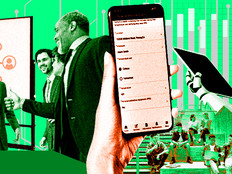