Renderings of the Lassonde Entrepreneur Institute show how the new University of Utah building will blend work and living space for students.

The Lassonde Studios — a first-of-its-kind hybrid residence hall and startup incubator at the University of Utah — was conceived in much the same way that university officials hope students will dream up their own projects once the building opens next year.

"I started talking to students about what I could do to help them make their companies more successful," recalls Troy D'Ambrosio, executive director of the university's Lassonde Entrepreneur Institute. One student told D'Ambrosio that he had all the engineering help he needed, but lacked ways to connect with students who had design and sales backgrounds. Another student, who was making a product that used boiling water to run lights and charge smartphones, worked primarily at a garage off campus, at the home of his business partner's mother. He told D'Ambrosio that he simply wanted access to an on-campus working space. Still other students said such a space should be open around the clock, in case entrepreneurial inspiration struck at 3 a.m.

"That's where the residential component tied in to create a 24-hour, immersive experience," says D'Ambrosio. "That all gelled together."

The building that resulted from those discussions will bring 400 student entrepreneurs together under one roof in the fall of 2016 — inside spaces intended not only for living, but also for working and learning. Students will have access to fabrication tools like 3D printers, milling machines and saws, as well as high-tech modeling software. The student rooms won't have any landline phone connections, but instead will boast Wi-Fi as their primary means of connectivity.

"We wanted to create the fraternity or sorority house for the entrepreneur," D'Ambrosio says.

Although the Lassonde Studios represent an unprecedented merger of student living quarters and entrepreneurial maker space, the building is following a very popular trend in residence hall construction and design: using technology and open floor plans to allow students more opportunities to work together and connect with one another.

"Residence halls have evolved over the years," says April Hicks Konvalinka, executive director of housing and residence life at Virginia's Old Dominion University. She also serves as the facilities and physical environments director for the Association of College and University Housing Officers– International.

Konvalinka says that most residence life professionals now bristle at the mere mention — and sleepy connotation — of the word "dormitory."

"What you're seeing today is the incorporation of amenities that students are excited about. You've got comfortable, flexible space, space that develops community, space that is high-tech," she says.

Both technology and building design play a role in helping students to work together collaboratively, Konvalinka says. That means that high-definition television screens, video conferencing tools and high-speed wireless connectivity are important, along with other options such as moveable furniture.

"Study carrels were really popular in study lounges 10 or 15 years ago," she says. "Now, when you go into a study lounge, you see open spaces, collaborative spaces where students can connect."

The University of Michigan's $175 million North Quadrangle Residential and Academic Complex is a prime example of higher education's new focus on technology and collaboration as living, learning and working spaces blend together. The 450-room building, opened in 2010, includes both an academic tower and a residential tower, but even within that setup the separation between living and learning spaces blurs. For example, the academic tower includes a dining hall, and the residential tower includes classrooms.

"It was at least partially intended to blur the lines between academic life and residential life, both in terms of spaces and in terms of who interacts with whom," says Jeff Wright, director for housing information technology at Michigan.

At Indiana University-Bloomington's Spruce Hall (opened in 2013 as Rose Avenue Hall), planners designed the building specifically to foster student connections. Patrick Connor, executive director for residential programs and services at IUB, says students first form bonds with their roommates, then with the eight people with whom they share a bathroom, then with 16 students who share a common family room, and then with their entire floor. By offering open areas instead of closed lounges, he says, students "see that space as more a part of the community."

"A lot of us are looking at how our buildings can create better opportunities for students to make connections with one another," Connor says. "That's how the world works now. We are all looking for ways to create space and opportunities so that students are making connections with each other, especially as most universities become more diverse and have more international students."

With a flexible layout that includes individual sleeping pods for some students, the Lassonde Studios at the University of Utah will foster collaboration in much the same way, except that students will come together for the specific purpose of launching businesses. D'Ambrosio expects the building will connect students from a wide array of academic backgrounds — including business, engineering, the humanities and environmental science — and across a broad range of ages.

For example, a 27-year-old graduate student told D'Ambrosio that the best people to test out the video game he's developing are incoming freshmen.

Twenty years ago, campus planners could design and construct a state-of-the-art residence hall simply by installing a computer lab with new machines. Today, at a time when most students bring their own mobile computing devices to campus, such labs are becoming largely obsolete.

The University of Michigan began phasing out its labs in 2005 in favor of community learning centers. At North Quadrangle, Wright says, those centers include interactive whiteboards and large video conferencing displays with dedicated high-definition cameras and speakers.

At Indiana University's Spruce Hall, workstations are "an iteration of the computer lab," Connor says. "The space has some individual work stations, but it also has a flat-panel TV where people can plug in their devices and work on group projects. We try to create opportunities for students to use all different forms of technology."

At Utah, the manufacturing tools and software — in addition to robust Wi-Fi — will be central to the student experience. D'Ambrosio expects the building will feature even more tools over time.

"We wanted to create it so that it's incredibly adaptable to technological changes," D'Ambrosio says. "It's designed to be a shell to adapt to new technologies, new software, new people."

Where Do You Want to Live? 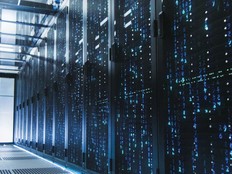 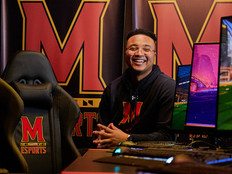 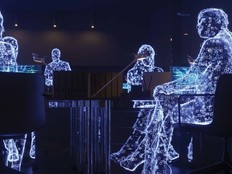