As cloud computing has matured, higher education leaders no longer look to simply use the cloud, but also get the most out of it.

Colleges and universities continue to find new ways to leverage cloud computing to bring new learning tools into the classroom and provide students with a top-notch educational experience — and they are not alone.

For its most recent cloud computing survey, the Cloud 401 Report, CDW interviewed more than 1,200 IT managers across a variety of industries and found that more than a third of all computing services today are delivered via the cloud. The survey also found that organizations don’t plan to stop there: Thirty-five percent of respondents say they plan to shift new IT services to the cloud.

“Cloud services have such great appeal that departments outside of IT often source them independently. But rather than diminish IT’s role, the data suggests that IT has a more critical role than ever: to integrate cloud with traditional services and build for reliability and continuity of service, regardless of delivery mode,” says Stephen Braat, vice president of cloud and managed solutions at CDW.

Departments and IT teams tend to first implement cloud-based services that are somewhat easier to shift — storage, email and web-based hosting, for example. More complex programs such as enterprise resource planning currently are deployed less frequently in the cloud, but that doesn’t mean organizations aren’t taking on tough projects. They just need a little practice first.

One perceived hurdle to cloud adoption is security, but only 28 percent of the survey’s respondents who already use cloud computing identified it as their greatest source of concern.

“Security is not a point solution that you buy, implement and forget. It is an ongoing process,” Braat says.

When it comes to choosing a provider, the respondents name reliability as their most important selection criterion, even ahead of the technical implementation. More than three-fourths of cloud professionals said at least one of their cloud vendors has failed to meet part or all of a service-level agreement.

As the survey shows, cloud is here to stay. Higher education institutions are leaders in its adoption, and further classroom adoption of cloud-based resources is only expected to grow.

What the Cloud Can Do

But great cost benefits also can be realized, both in terms of staffing and through fewer infrastructure refresh cycles or upgrades. It makes sense to pay only for services used versus maintaining anything and everything on-premises, which requires IT to adhere to a consistent hardware refresh cycle. While the need to purchase hardware never disappears entirely in a hybrid cloud setup, higher ed IT teams can realize significant savings by tailoring their cloud-provided options to meet otherwise expensive hardware obligations. 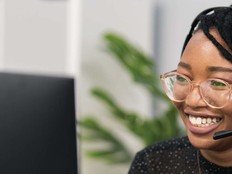 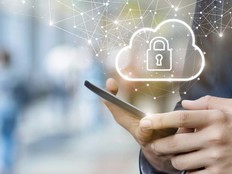 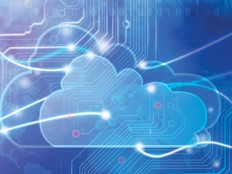