As its moniker implies, Florida International University in Miami has global ambitions, and the institution views video conferencing as the catalyst to get there.

FIU's Chaplin School of Hospitality and Tourism Management already has 1,200 students in China enrolled in its specialty program, in addition to the 2,000 who take courses at the main campus in Florida, says Dale Gomez, the hospitality college's director of information technology.

"By broadcasting the courses here in Miami via video conference to students in China, we can save on the salaries of instructors and bring more revenue in," says Gomez, adding that all courses are offered in English, and the Chinese students earn a U.S. degree. "We want to expand globally, and video conferencing will help us do that. Whether globally or domestically, we can enroll more students with the same amount of facilities."

Since the college deployed seven Polycom HDX 8000 video conferencing systems at its main buildings on the Miami campus, students can listen to lectures live in class or view them later on a tablet or smartphone. Students also have a choice when they call in: If they are using a smartphone or tablet, they can access a lecture using a Polycom client application, Gomez says. They can also use a browser to access an application hosted on FIU's servers to connect to a video conference.

Students who view the lectures or presentations remotely remain engaged with their instructors and classmates and can ask questions. When they do, an icon appears highlighting the student's name. The instructor clicks on the icon and the student's image appears on screen.

All FIU hospitality classrooms include lecture capture, allowing students to view lectures on their own time. Ten cameras and 10 monitors also were deployed in a restaurant facility for culinary students. FIU primarily uses the facility to present faculty lectures, but they sometimes feature celebrity chefs. A recent event included a presentation from Martha Stewart.

Percentage of an organization's unified communications budget that IT managers spend on video conferencing, as opposed to 70% for voice and audio conferencing

"The main thing we like to get across to prospective students is that when they come to the hospitality program at FIU they will be learning in a world-class institution," Gomez says.

Adam Preset, a principal research analyst at Gartner who focuses on conferencing and collaboration, says colleges like FIU are just beginning to leverage the benefits of video conferencing.

"Today, anyone with a notebook or mobile device can participate in a lecture from anywhere in the world," Preset says. "That kind of scalability leads to accessibility. In terms of disseminating information, it leads to a democratization of knowledge that's good for the reputation of the faculty and good for the institution."

During the past year, Solano Community College (SCC) in Fairfield, Calif., has used video conferencing to conduct interviews for new faculty and administrative personnel. James "Kimo" Calilan, director for technology services and support, says the college aims to get video conferencing technology into the classroom by the fall 2015 semester.

The college operates a main campus and two satellite locations in Vacaville and Vallejo, and officials hope to soon run video conferences between all of the facilities. SCC uses a cloud-based video conferencing system coupled with the Logitech CC3000e HD Webcam.

The Logitech devices are installed in two conference rooms on the main campus and at each of the two satellite facilities. Each system includes a webcam, microphone and speaker.

"Besides giving students and faculty flexibility, video conferencing will also help us better meet the needs of students," Calilan says. "Say, for example, we didn't have enough people sign up for a course at each campus. By running a video conference from the main campus, all we would need is 20 to 25 students to sign up for a course from the three campuses and it would still make economic sense to run the course."

So whether it's to expand globally, as at FIU, or to extend regionally, as at SCC, video conferencing has a lot to offer specialty and two-year institutions. It can extend the institutions' reach while cutting costs and delivering the flexibility that students expect and require today.

No one-size-fits-all service exists. When budgets are tight, it may make sense to focus on a solution that works well in an educational environment, then add conferencing systems for administrative staff. Some institutions may focus on conferencing and collaboration first. No matter which product is selected, IT should ensure it can support enterprise conferencing solutions such as Cisco Systems WebEx.

Make sure the video conferencing system allows students to engage and ask questions, or includes polling features and management tools that permit faculty to set and view participation benchmarks. It's particularly helpful for faculty to see how much time students spend viewing a lecture and the specific topics that require most of their time.

Ubiquitous mobile devices mean any video conferencing solution must support notebooks, smartphones and tablets. Colleges looking to expand overseas should realize that in some developing countries, students may have access to only one mobile device. 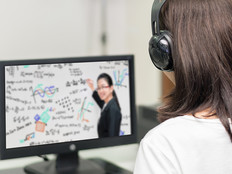 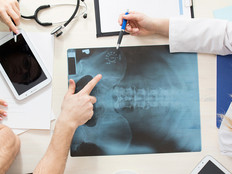 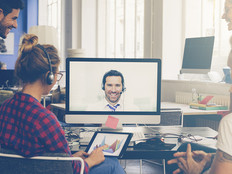