Deciding to take the plunge into Microsoft Office 365’s cloud environment was made easier by the promise of a virtual ocean of storage capacity, says Northern Illinois University's CIO.

In July, Microsoft announced that its 365 software package subscribers would be eligible to get 1 terabyte of storage through its OneDrive service, trumping similar cloud storage offerings by industry giants Google and Amazon.

NIU Chief Information Officer Brett Coryell says he had already made up his mind to upgrade the university's storage from Novell’s GroupWise to 365’s cloud environment, but learning about the massive capacity was "icing on the cake." Every student and faculty member will have access to 1 gigabyte of storage. The university will save $2.2 million annually by migrating from its previous storage solution, Coryell says.

“Microsoft has put together a really compelling ecosystem that no other vendor comes close to matching,” Coryell wrote in a column for NIU Today in July. “Using Office 365 will give every student the productivity tools they’ll actually use after graduation and save the university millions [of dollars].”

He joined NIU as its first-ever CIO in February, and he says he started researching ways to improve the network experience at the university soon after stepping into his new role.

Microsoft Office 365 was the natural next step for NIU, Coryell says. He anticipates that one of the biggest advantages of shifting to 365 will be improved workflow and communication between departments and faculty and students.

Coryell was previously as CIO at Emory University, where he oversaw a similar network migration from Novell's GroupWise to Microsoft Exchange. He speaks excitedly now of the telecommuting and virtual office hour potential with 365 that simply wasn't possible with GroupWise.

"We've talked for decades about having virtual office hours, but the adoption of a common text, audio and video suite brings that possibility back to the forefront and refreshes it for this generation," he says. "We're increasingly expanding into online education, either in whole or in part. This full spectrum, from simple to complex interactions, is something we haven't had access to before, and it gives us a chance we never had in the past."

Over the summer, the university's IT groups have been preparing departments and buildings across campus for the monumental task of migrating thousands of email archives to the new 365 environment. It won't be easy, Coryell says.

Everyone on campus will have to cooperate to get all mail archives back to the inbox, and then the IT department can begin using the migration tool to speed along the upgrade.

"They're not live in the mailbox. They can even be stored externally on drives. So if it's sitting in your desk drawer, I can't migrate that data," he says. "I'm good, but I'm not that good."

The next hurdle for Coryell and his staff will be training students and faculty to use the new software platform. But he says he doesn't expect too many difficulties. His department is aiming for a series of milestones throughout the coming school year, with a final rollout by fall 2015. 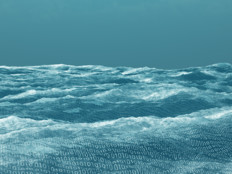 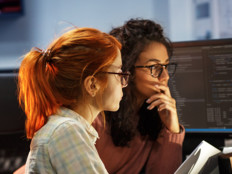