A schoolyard fight between academic publishing giants and online startups is heating up.

For more than a century, access to the world of academic publishing has been limited to a select crowd willing to pay hundreds of dollars for journal subscriptions. But free, open-access journals have been gaining ground and now threaten to upset the status quo.

VentureBeat dramatically distilled the predicament faced by aging academic publications in a June 6 headline: "Watch this multi-billion dollar industry evaporate overnight." And U.S. News & World Report compared the ascent of open-access journals to that of the e-book, another technology shift that caused disruption throughout the publishing world.

Publishing academic papers — contributed for free by scientists and researchers — in journals that charge a premium has been a profitable business model for many of the largest names in the industry. The two biggest academic publishers — Dutch firm Elsevier and German firm Springer — made a combined $4.7 billion in revenue in 2013 ($3.5 billion and $1.2 billion, respectively), according to their annual reports.

But the U.S. News & World Report article notes that the Harvard Faculty Advisory Council deemed the prices for such publications "fiscally unsustainable." About 80 percent of the revenue generated by a publisher’s journal subscriptions comes from universities, according to the article.

These traditional academic publishers are now facing competition from sites that offer online academic journal services for free. Some sites accept donations or are supported by nonprofit agencies, but they don't have to cover the costs of physical distribution, so overhead is low.

“They’re far more efficient and fairer, and they vastly increase the openness and availability of research information,” wrote VentureBeat columnist Dylan Tweney. “I believe this will be nothing but good for the human race in the long run.”

Several of the largest sources for academic papers are now looking toward these more affordable distribution options, according to The Economist.

Research Councils UK and the White House Office of Science and Technology Policy have made the shift, and charities, SCOAP3 and the European Union are all pushing for more access to free articles online in lieu of paid subscriptions of print publications.

In April, Academia.edu hit 10 million users. It is among the key disruptors among open-access publishers. All of its papers are free to members, who need only register with an email address, but it brings a social media aspect to the academic realm that’s relatively new for the industry.

The shift to open-access sites has also presented new challenges in terms of priority and academic review. Traditionally, hundreds of submitted papers are reviewed by a panel of peers, with the cream of the crop benefitting from the prestige of being selected for publication. But how does that process work for open-access sites, with a sea of thousands of journals all set up to publish its members’ papers?

Many sites are turning to postpublication peer review. Academia.edu founder Richard Price told VentureBeat that having members review the papers after publication is being considered. It’s part of an effort to “measure the quality of the research based on the article itself, rather than where it is published,” according to scientist and blogger Lenny Teytelman.

Other approaches include scientist Tim Peterson’s Onarbor, a Kickstarter-esque platform to support and disseminate scholarly work. Frustrated with the slowness of the traditional peer-review process, Peterson designed Onarbor to support a kind of peer-review crowdsourcing. Each reviewer can accrue reputation points from others, based on the quality of their feedback. He described it to Wired Campus as “algorithmic reputation building.”

Tom Nichols, a professor of national security affairs at the U.S. Naval War College, criticized the crowdsourcing approach on Twitter, saying he’s not sure the “wisdom of crowds” is a better notion. But he admitted that the current system of peer reviews was broken.

9 of the Biggest Open-Access Publishing Sites 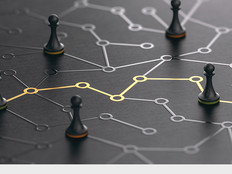