The on-campus program is giving Purdue students a career leg up through hands-on experience with the leading-edge servers, while giving program sponsor HP an early look at bright engineering talent.

“It’s a really nice opportunity for students to accumulate useful work experience that coincides directly with what they’re studying,” says Gerry McCartney, CIO at Purdue. “It’s great for companies because they’re getting real work done, and getting an early look at our best students.”

The practical experience of an internship strongly complements educational activities in the classroom, says Ashok Agrawal, managing director of professional services and director of outreach and engagement for the American Society for Engineering Education in Washington, D.C.

Programs such as the HP Satellite Discovery Lab also contrast with co-op programs, in which students spend a semester or more working outside of their academic setting, Agrawal says. “These internships are more focused toward specific technology and learning,” he says. “Especially in this case, since the corporation is already engaged, that makes it more valuable and practical.”

HP bills its Moonshot System — unveiled last year — as the world’s first software-defined web server, designed to deliver greater efficiencies and scale. Based on low-voltage processors typically used in mobile devices, Moonshot servers are about a fifth of the size of a typical blade server and use nearly 90 percent less energy, according to HP.

McCartney and the students who are participating in the program — part of Purdue’s Pathmaker on-campus technical internship program, which also counts EMC and Intel among its participants — say the opportunity to work on Moonshot technology is an important facet of the internship program, which included summer work at HP facilities as well as on-campus work during the school year.

“It’s brand-new technology, and it makes our students very competitive when they go out into the market,” McCartney says.

Much of the work being done by the students validates McCartney’s points. Rachel Pereira, a Purdue senior majoring in electrical engineering, is spending the school year researching and analyzing field programmable gate arrays for Moonshot. (FPGAs are integrated circuits, which are configured and customized after manufacturing to perform certain tasks.) Over the summer, Pereira worked on software drivers.

“I’ve learned a lot that I wouldn’t otherwise learn in the classroom, especially because I’m in electrical engineering,” she says. “Here, I’ve been focused on a lot of software work that I don’t normally get to do.”

Jonah Ea, a senior majoring in computer engineering, worked over the summer on Moonshot benchmarking tests, capturing data about power and performance, as well as the servers’ speed in writing data to disks. On campus, he performs server maintenance and helps to evaluate the suitability of Moonshot servers to support high-CPU-requirement scientific research with Moonshot processors.


Total number of engineering and related bachelor’s degrees awarded by Purdue in 2012-2013.

“Not a lot of people have the opportunity to work a summer internship, continue that and take what they learned at work and apply it in class,” Ea says. “Moonshot is really interesting technology, and I wanted to be a part of that.”

Ea said the experience he’s gaining should be helpful as he pursues a career working with servers or networking after graduation.

Ea’s application testing work also ties directly into a long-standing relationship between Purdue and HP. The university builds high-performance computers with HP and houses them on campus for computing research — systems that regularly rank in the top 30 high-performance environments in the world, McCartney says. (The student work now being done in conjunction with Moonshot won’t influence whether the university uses that technology in the future, he adds.)

Looking to the future, McCartney is considering opportunities to expand the student training.

“The ideal outcome here is that the company does this for 12 or 18 months and says, ‘Great, how about we double this thing up?’” he says. “We’re terribly flattered that HP would pick this kind of technology to use with our students.”

More broadly, programs such as the Satellite Discovery Lab and Pathmaker may also prove beneficial in addressing the IT labor shortage, providing a direct link between employers and potential employees.

“We can say to potential corporate participants with confidence that they will have plenty of choice here among our students,” McCartney says. “They like the sound of that.” 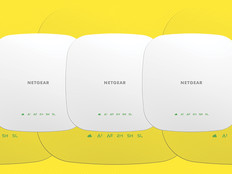