As an educator with a keen interest in technology, Marija Dimitrijevic attends a lot of trade shows. A few months ago, at one such event, new technology that will embed gestures and facial recognition into the user interface of notebooks and PCs caught her eye.

Called RealSense, the new technology from Intel aims to integrate into PCs, notebooks and tablets advanced 3D cameras that can sense depth and gestures or movement, enabling more precise gesture-based control through hand- and finger-sensing technology and facial recognition. RealSense-equipped devices can scan, modify, print and share in 3D, offering great potential to a range of applications within higher education, from online courses to virtual labs.

“I’ve been following this technology because I think it has exciting possibilities for higher education,” says Dimitrijevic, an associate professor in the department of criminal justice at New Mexico State University. “It’s a new way to get both students and teachers to engage more.”

Although she hopes to one day incorporate RealSense into both her standard classes and online classes, she believes that much of its true benefits lie in its online potential.

“It’s typically more difficult for students to engage in a virtual classroom setting,” Dimitrijevic says. “This could make students more excited to join in and engage. It will have the effect of shortening the distance between people in the class and making everything more fun. When it’s more fun, people are more prone to learn.”

Scott Hamm, Ph.D., a technology instructor, trainer and designer at Abilene Christian University’s Adams Center for Teaching and Learning, the technology could prove to be a game-changer in higher education. Part of Hamm’s work is to evaluate new technologies and test them in student-driven scenarios, and he says gesture technology could be a boon in many subject areas, from virtual labs to the university’s popular digital storytelling methodology.

“We believe in digital storytelling — the use of digital tools to help tell a story — so much that we have infused it into our core curriculum,” Hamm says. “This technology could allow for more interactive storytelling by breaking down the distance between the user and the technology and allowing the original art to come out a little more. It could allow the entire production process to be more engaging.”

Hamm also envisions uses for the technology in the virtual lab setting, where students could show a professor how they are doing an experiment or a problem, or in an art class, where it could inform an entirely new way of creating and making art through gestures. At the Consumer Electronics Show 2014, Intel announced a collaboration with Autodesk and other manufacturers to “bring [to market] innovative hardware and software products utilizing Intel RealSense technology to enhance depth-based computing experiences, according to its website.

Intel is already working with Microsoft to turn video calls on Skype and Lync “into personable interactions, enabling a more immersive virtual meeting,” according to its website.

A Boost to 3D Printing

3D printing has grown in popularity over the past several years, but RealSense technology aims to give it a boost, too. RealSense-equipped cameras will allow users to take 3D pictures of an object, then print them out on a 3D printer. The technology could also transform videoconferencing and other video-based applications and prove useful in art and engineering classes, where students could print out work to preview before making finishing touches. 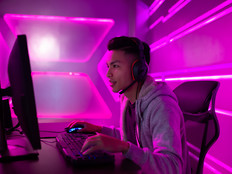