There are many unified communications platforms to choose from, and colleges and universities are increasingly deploying UC to save money and increase collaboration. Just how they get there depends largely on institutional needs and available budgets. Choices abound: Cloud-based or on-campus systems? Converged infrastructure or separate phone lines?

"Eliminating the cost of maintaining landlines was the major driver at first for using OCS and then Lync," GMC Lync Administrator Ryan Chambers says. "But we're also happy with all the things that we can do with it, such as desktop and application sharing."

Chambers says a Lync-based VoIP phone system has produced a 30 to 40 percent cost savings over the college's old public branch exchange system. GMC uses Lync as its platform for instant messaging and online meetings. Lync provides video conferencing capabilities and ties into the college's MS Exchange 2010 voicemail, which sends an email alert when a message is left, and can even supply a transcript. Although the college uses Office 365 for student email, officials aren't ready to move UC, or the phone system, from its local Lync installation to the cloud, Chambers says. "If there's a problem with a cloud solution, it's out of our hands to fix it, and we're not quite comfortable with that yet."

Despite the cautious approaches of many users, UC manufacturers are racing to develop comprehensive cloud-based solutions. Microsoft's recent acquisition of Skype, with its peer-to-peer audio and video calling technology, gives the company an edge over competitors, provided it can create tight interoperability between Lync and Skype, and its other cloud-based products, says Zeus Kerravala, principal analyst at ZK Research.

"The breadth of Microsoft's existing cloud platforms, like Lync Online, SharePoint Online and Office 365, already means that, as they are tied together, Lync will be at least on par or better than any UC platform in the cloud," he says.

Lync's origins can be traced back even further than OCS, to Windows Messenger, an IM client that ran in conjunction with Microsoft Exchange Server. Functionality and features grew with each step in the technology's evolution, and the latest iteration, Lync 2013, is a comprehensive UC package that enables VoIP telephony, audio and video conferencing, presence, online meetings, IM, persistent chat and desktop sharing. In Lync Online, the platform is available as a cloud service.

Microsoft takes an application- and desktop-centric approach to UC in Lync, in contrast to rivals that focus on telephony, Kerravala says.

Lync adoption in higher ed may be slowed somewhat by the variety of endpoint devices that need to be accommodated on campuses, but likely will be boosted by the pervasiveness of Microsoft applications, he says. "Lync will become a dominant UC platform, in part because of Microsoft familiarity, but also because of the developer network and its potential for the cloud," Kerravala says.

Thomas College, based in Waterville, Maine, has been using Lync "since before it was Lync" and is completing an upgrade to Lync 2013, says Chris Rhoda, vice president for information services and CIO.

Campus users typically access the Lync onsite deployment for presence information, texting and some voice and video conferencing, although the college does not use Lync for its phone service.

Thomas maintains a hybrid deployment — common among many higher ed users — delivering most of its functionality through the local installation but accessing some services via the cloud. Faculty members use Lync in the cloud through Office 365 when they teach online classes, and the college uses Lync Online as part of the NorthEast Regional Computing Program purchasing consortium.

"Whenever we purchase or upgrade, or see the need for a new service, we decide whether this is the time to move that to the cloud. Knowing when to move, keeping in mind technical and legal and cultural considerations, is complicated," Rhoda says.

For now, Microsoft supplies a growing set of tools that help integrate the private cloud around the college's onsite Lync deployment with public-cloud services, and make it easier to move between the two, Rhoda says.

Milwaukee's Marquette University obtains many services via the cloud, but there's no plan to move Lync and UC offsite, Deputy CIO Dan Smith says. Like GMC, Marquette also was an early adopter of OCS and upgraded to Lync 2010, then Lync 2013, soon after the new releases became available. The university is now replacing its PBX phone system with Lync, a project that's about two-thirds finished.

Smith says the 2,800 Lync voice users on campus now have the choice of using either a soft client or a Polycom CX600 handset for calls. IT administrators offered a hardware device for the desktop as a way to lower one of the barriers to UC adoption at the university, which is made up of many subcultures defined frequently by department or research focus, says Smith.

Marquette IT has been one of the chief beneficiaries of the deployment, particularly in times of emergencies.

"Lync changes the way we work," Smith says. "If we have an unplanned event, we will get on Lync in a group chat session — the database administrators, the system guys, myself — figure out what everyone is doing and what more we need to do. And we can do it on the fly, with everyone in separate locations."

Because many developers are accustomed to Microsoft's developer interface and operating system, it will be easier for them to build out features, he says.

"The developer network is a unique asset Microsoft brings to the UC universe. If you're thinking about building communications-enabled applications — something like adding a Microsoft presence icon to an app — the process is likely to go more smoothly with Lync. You can do the same things with other solutions, but it will be more complicated." 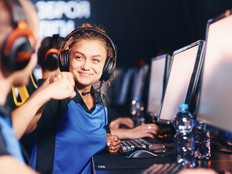