NYU’S CONSTANTINE KONTOKOSTA says Big Data enables the world’s ­cities, and smaller jurisdictions, to tackle some of the most pressing problems.

There's little garnering more buzz today than Big Data. But there are clues that Big Data is more than just the latest technology fad. One such indicator is the IBM Academic Initiative.

Big Blue has partnered with more than 1,000 universities around the world to create academic opportunities for students interested in studying data analytics. Ranging from assistance in developing stand-alone courses to the creation of entire ­degree programs with schools of business or engineering, IBM's involvement telegraphs the importance of Big Data to the future of ­computing.

"When you have to create data, store it, manage it, distribute it and then build models that predict the future from it, that's IBM's business," says Jurij R. Paraszczak, leader of the company's Research Smarter Cities program.

"If data science works, and we think it will, it will create an ­entirely new ability for computation," ­Paraszczak says.

New York University's Center for Urban Science and Progress (CUSP) was developed in partnership with IBM for input and guidance from its Smarter Cities program and several other academic and industrial partners, in response to New York City Mayor Michael Bloomberg's request for proposals for the ­Applied ­Sciences NYC initiative.

Putting Analytics into a Real-World Context

A stand-alone institute within NYU, CUSP is defining the emerging field of "urban informatics."

Deputy Director Constantine Kontokosta says the idea for the institute grew out of the convergence of the ability to collect and process ­massive amounts of data and the increasing rate of global urbanization.

"A majority of the world's population lives in cities now, and that will grow to 80 percent by 2050. We see cities as both a cause of the world's problems and the locus of solutions," he says.

Data makes the crucial difference: "We finally have the ability, both in terms of the amount of data that's being created and new ways of collecting data, that allows us to use it to solve some of these problems. We didn't have that capability even five years ago."

Building a curriculum for a discipline that's being created simultaneously is a daunting task. The master's degree now offered by CUSP grew out of a year and a half of talks between NYU faculty and the institute's university, industry and city partners, built with the goal of giving students technical skills embedded in an understanding of how cities work and the ability to solve real-world challenges, says Kontokosta, who led the effort to develop the program. It is intense: a full-time, one-year, three-semester mix of ­coursework, ­internships and research.

CUSP enrolled the inaugural class of 25 students this August. The program attracted students from a variety of backgrounds: "We have one student who already has a Ph.D. in mathematics," Kontokosta says, "while on the other end of the spectrum, we have someone who has a studio arts degree and taught himself to program and earned a near perfect quantitative GRE score."

CUSP's master's degree is one of many new data-related degree programs offered. The first master of science in analytics within the U.S. was established at North Carolina State University in only 2007.

Michael Rappa, founder and executive director of NC State's Institute for Advanced Analytics, says he first suggested a specialized analytics degree in 2000 as an alternative to a traditional MBA program.

"The MBA is a degree that's 100 years old, built around the reality of an industrial era," Rappa says. "It's too long, too expensive, and too general to really be valuable in the future."

The MSA program Rappa developed, backed by business analytics firm SAS, seeks to meet the needs of employers by producing technically skilled analytics professionals who also understand how to work on teams, communicate their findings and solve problems.

"This was a greenfield project; we built a curriculum lecture by lecture," he says, with special attention paid to the structure of the learning experience itself.

NC State's institute tracks similar degree programs around the country on its website, today listing 29 degrees under a variety of names, most established since 2012.

Expect analytics programs to continue to grow as existing programs refine curricula and expand their offerings. For CUSP, establishing a PhD program is essential to defining the field of urban informatics as an academic discipline. Kontokosta expects to see that program launched in 2015. CUSP also intends to create an executive master's degree.

Rappa sees the future of analytics in higher ed playing out in several ways. First, he says, students and professionals must realize that analytics has become a contested commodity.

"When I started, people were like, 'What is that?' Now, analytics is really red hot," he says. Departmental battles over where such programs should be housed academically may delay, but aren't likely to subvert, the inevitable exponential increase in related degree programs. He also expects to see a broad mix of programs situated under a variety of departments.

Ultimately, harnessing Big Data is about understanding the bigger picture in a way that is unique in human history. "What's interesting about Big Data is not its bigness," Rappa says. "It's what you do with it." 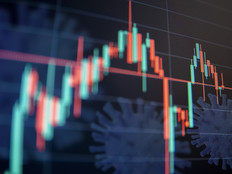 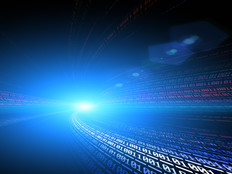