There is growing acceptance of the use of digital games in the learning and discovery processes, whether to raise knowledge around school subjects, help business professionals master new skills or keep college students on course.

Just where gamification will have its greatest impacts in learning — whether within K–12 or higher ed classrooms or other business or general user scenarios — remains to be seen. There is a great deal of participation among teachers within certain circles, Rochester Institute of Technology’s Andrew Phelps says. Phelps — a professor and the founder and director of RIT’s Center for Media, Arts, Games, Interaction & Creativity (MAGIC) and the founder and former director of RIT’s School of Interactive Games & Media (IGM) — points out that, at the lower grades, teachers are frequently hamstrung when it comes to how much they can innovate, given increases in testing and regulations put in place over the last several years.

But, Phelps says, gamification is in “its really early days, and we’re still drilling into how and why this stuff works and what makes it effective.” Indeed, it’s possible that the most popular application of digital gamification “might be something we haven’t even thought of yet.”

Gamification Will Play Into the Data Revolution

As Phelps sees it, digital gaming “is becoming more and more mainstream culture, a media form — it’s not just the stereotypical 14-year-old playing shoot-’em-up games in the basement [and] eating pizza.”

It should come as little surprise, then, that gamification is beginning to experience success in business, training and education markets, says Wanda Meloni, founder and senior analyst at M2 Research.

“A nice thing about gamification is that it provides metrics, so that you can pretty easily see as a trainer or educator just how a user or participant is progressing through a particular process,” Meloni says.

But rewards and recognitions earned during game play must be carefully considered, Phelps says. “One thing we learned through some informed thinking coming out of other systems we’ve worked on is that if users get those extrinsic, pointless gold stars, then over time not only do they lose value, but you wind up also actually demotivating someone in terms of their desire to engage.”

Karen Schrier, assistant professor of media arts at Marist College, says a lot of games give leaderboard points or badges for a correct response to a quiz question on specific topics “instead of using the game experience to motivate students . . . in a way that authentically and intrinsically makes students more engaged with and enthusiastic about the subject.”

Schrier has created a mobile game on the American Revolution for middle and high school students that not only shares insights into history but also teaches critical thinking, evaluation and interpretation skills — “activities that are inherent to learning,” she says. The game mechanics involved send students on a quest to find British and American historic figures, hear their testimonials and collect evidence to conclude who fired the first shot at Lexington.

“I want the game, and its mechanics, to help them develop a love for and curiosity about history, rather than a love for the points or badges they can earn for getting the ‘so-called’ facts correct,” she says.

Schrier will teach a concentration in interactive media and game design in a new major at Marist this fall, called Media Studies and Production.

Badges crafted to serve more as reminders of a particular accomplishment or completion of a significant milestone, and less about wins, can serve as greater motivation, Phelps says — an important consideration, because once motivation is lost, so, too, are the learning opportunities that digital gamification seeks to realize. 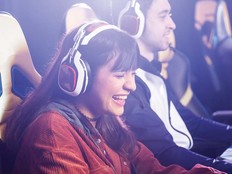 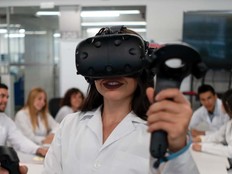