With the rise of home theaters and mobile apps, sports fans have more choices today. The best seat may not always be in the stadium — it’s often right at home or in a more convenient location.

That’s why the Georgia Dome, home of the NFL’s Atlanta Falcons and host of the 2013 NCAA Men’s Basketball Tournament Final Four, moved aggressively to blanket the stadium with a high-density wireless network. Patrons in the 72,000-seat stadium now stay connected with their mobile devices, easily accessing their favorite sites and applications, including an in-venue app for sports scores, stats and video replays. 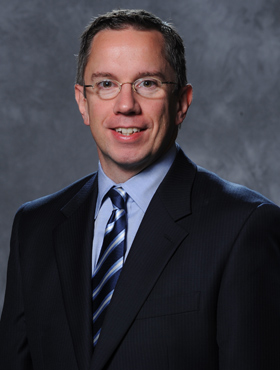 “When fans come in, all they have to do is set their smartphones to connect to the Wi-Fi network, and they are up and running. It’s that easy,” says Sam Brown, IT Director for the Georgia Dome.

“There’s a growing emphasis by the NFL on enhancing the fan experience,” says Sam Brown, IT director for the Georgia Dome, which is operated by the Georgia World Congress Center Authority.

“When fans come in, all they have to do is set their smartphones to connect to the Georgia Dome’s Wi-Fi network, and they are up and running. It’s that easy.”

“They recognize that if they’re going to continue to grow market share in the future, they need to engage fans of all ages through whatever means necessary,” Adkins says. “Affordable personal devices and other emerging technologies present an opportunity for the league and the member clubs to reach out to and connect with the fans in ways never before imagined.”

It’s About the Fans

First and foremost, the goal of the wireless deployment is to better serve spectators. “For many fans, there’s nothing more frustrating than wanting to upload the photo from the go-ahead touchdown to share with friends and family, only to have their phone crawl at a snail’s pace and get a message a few minutes later that the upload failed,” Adkins says.

Upgrading the Georgia Dome’s Wi-Fi network had been on the organization’s radar for several years. The Georgia World Congress Center Authority board approved the project last April, work began in June and a new Cisco network went live at the start of the 2012 NFL season.

Covering the arena with Cisco Connected Stadium Wi-Fi was an ambitious initiative and a dramatic upgrade for the Georgia Dome, Brown says. Until last fall, the Georgia Dome had various wireless hotspots throughout the stadium, mainly for the press box, meeting rooms and barcode readers at the ticket turnstiles.

Brown describes the Georgia Dome’s Wi-Fi network as the “ultimate BYOD project” because it provides open access to the public on any mobile device they bring, while keeping the internal network secure. “We use Cisco ASA firewalls to separate out the public traffic from the production network,” he explains.

Do the Wireless Wave

Cisco visited the stadium to explain the technology, and the Georgia World Congress Center Authority contracted CDW•G to conduct the site survey, spectrum analysis and design. “CDW•G did the integration and helped us get all the wireless configurations set up,” Brown says.

Bill Seed, head of mobile innovations for Cisco Sports and Entertainment, outlines some of the factors that differentiate stadium-grade Wi-Fi access points and antennas from other wireless gear.

“The biggest challenge for us when we were deploying the Wi-Fi equipment was to determine how many people will be on the network at any one time and how many will be heavy users,” says Mike Krummrey, a senior network engineer for CDW•G who led the company’s work on the implementation.

Brown says Cisco’s high-density wireless solution is specifically designed to tackle the technical challenges of wireless coverage in stadiums. For example, the wireless APs are connected to antennas that establish “micro cells” throughout the venue that target specific seats and sections.

Bill Seed, mobility technical lead at Cisco Sports and Entertainment, says the high-gain antennas focus RF transmission and reception on a relatively small section of seats. This enables the creation of Wi-Fi micro cells that together deliver a high-quality Wi-Fi experience to all fans in the stadium, resulting in superior mobile experience even in the stadium’s highest density areas.

The Georgia Dome purchased licensing for 14,000 concurrent users. The peak usage to date: the National Football Conference Championship game (Falcons versus the 49ers), during which 8,800 concurrent users were on the network. “Most of the usage is for tweeting, web browsing and for fans to take pictures and send Instagrams,” Brown says. “I imagine as usage expands, we can increase the license.”

Gearing up for the NCAA Men’s Final Four, the IT group performed systems diagnostics and anticipated making some tweaks to accommodate a basketball court instead of an open football field. (For more information on the stadium technology available during March Madness 2013, view this infographic from BizTech.)

“We want to ensure that everyone at the event has a great time on all fronts and never has a second thought about the wireless experience,” says Adkins. “They shouldn’t be able to tell the difference [in connectivity] from the comfort of their own home with one big exception — nothing replaces being there live.”

When designing wireless networks for stadiums, there are many unique considerations. CDW•G’s Mike Krummrey offers five best practices based on his experience deploying Wi-Fi at the Georgia Dome.