George Washington University's Columbian College of Arts and Sciences has invested more money in its private cloud than it has saved money so far, Director of Information Technology Sean P. Connolly says. But the investment has been worth it.

"It's nearly impossible to add value with IT when your entire operating budget is slated for operations and maintenance," he says. "Our investments are in direct response to faculty demands. Our cloud strategy presented the most cost-effective means for meeting those needs."

"Our investments are in direct response to faculty demands."

The college's annual IT operating budget, including salaries, has grown from $600,000 to $1.5 million since moving to the cloud, but about $150,000 has been cut from the annual budget by eliminating Novell service chargebacks, centralizing software licensing and consolidating data storage systems, Connolly says.

The cloud's return on investment is realized largely through increased IT efficiencies, improved faculty productivity through anytime, anywhere access of computing resources, and the IT department's ability to launch new applications and services quickly by spinning up virtual machines and provisioning storage, Connolly says.

When the doctoral psychology program recently wanted to purchase software to move from paper-based records to electronic records at its counseling clinics, the IT staff was able to deploy the application securely in one week without buying new hardware. The cloud infrastructure also included built-in security to protect patient records.

"Because we had a Citrix farm, we could logically separate applications from each other," he says.

Providing state-of-the-art technology through the cloud also bolsters the college's reputation as a research institution, Connolly says. "With a better infrastructure, we are enabling more research. This is helping to attract and retain faculty talent." 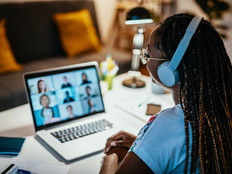