The future of technology in education is unfolding before our eyes. In fact, technology is evolving so rapidly that most of us, including large educational institutions, can’t keep up. The result is that higher education is decentralizing, and alternative ways of learning are popping up all over the country and the web. Some in higher education are optimistic about the changes, while others feel the foundation of college is crumbling. Here’s a look at the good, the bad and what is likely the future of higher education.

Technology is already having a significant effect on the cost of college. Many colleges are now offering massive open online classes (MOOC) free of charge. As colleges continue to embrace technology for students and faculty, the opportunities for cost savings grow. For most students, the actual cost savings has yet to be realized. But professors from highly respected universities are creating disruption with the goal of making higher education highly affordable:

And then this week, the Stanford University professor who garnered plenty of press attention when he taught an online artificial-intelligence course to more than 160,000 students last year, announced he had given up his tenured position to focus on his start-up, Udacity, which offers low-cost online courses.

Sebastian Thrun, who retains a role at Stanford as a research professor, said he had been motivated in part by teaching practices that evolved too slowly to be effective. “Professors today teach exactly the same way they taught a thousand years ago,” Thrun said in a presentation at [a] digital conference in Munich, Germany.

Read A Disrupted Higher-Ed System on The Chronicle of Higher Education.

Before anyone can benefit from technology, it has to be purchased, tested, installed and implemented. It is an expensive process, and in the short term it will likely increase the cost of higher education for traditional students. Moreover, if the implementation of technology is not guided by pedagogy, cost savings will mean little for the quality of the education:

The changes are welcome and largely overdue in much of higher education, but unless the use of technology, whether in instruction or in the operation of the institution, is guided by an understanding of higher education costs and cost structures, its use will not fix the problem of a broken higher education cost model. This problem is not confined to the way that instruction is funded and delivered; rather, it is much broader, including the costs of academic and administrative overhead and the largely unexamined "fixed costs" that drive so much of institutional spending. To implement technological innovations that can improve both efficiency and effectiveness, leaders must be guided in their efforts by a strong understanding of the impact of the innovations on both costs and revenues, as well as on learning outcomes. Without this understanding, leaders are likely to follow the usual model of innovation in higher education: implementing program add-ons, which are sometimes successful and sometimes not but which inevitably increase costs rather than replacing or reducing them and ultimately fail to take hold in ways that will leverage systemic improvements.

The infographic below takes a look at the paths that higher education could take in the next few years.

This infographic originally appeared on The Best Colleges. 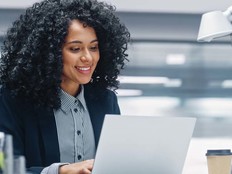 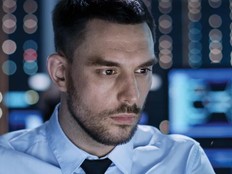 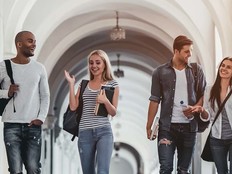