But whether you're replacing several physical servers with virtual machines running on a single host, streaming virtualized desktops to thin clients, or delivering virtual applications, if you don't balance the load on your resources your entire network can come screeching to a halt.

“Without load balancing, you'll get networking bottlenecks and reduced performance from apps,” says Smith. “It's like comparing a five-lane highway to a two-lane road. Both can handle the same number of cars, but the two-lane road will take a lot longer.”

Like the machines themselves, load balancing can be physical or virtual. Smith says most enterprises deploying virtualized environments use a combination of both: dedicated hardware appliances to manage data traffic coming in from the Internet or across internal networks, plus load balancing software to route data efficiently between physical layers and virtual ones.

At Golden Gate University in San Francisco, the challenge at hand was how to maintain quality of service and access to the university's CyberCampus, a web portal serving more than 5,000 students. GGU's existing load balancers were reaching end of life, so the university decided to go with the Cisco Systems ACE 4710 application control engine.

GGU opted for the Cisco gear because of its virtualization features, says Karl Ehr, who was director of IT infrastructure, operations and architecture for the university while the project was under way.

650%: Anticipated growth in enterprise data over next five years

“Virtualization is something we are aggressively pursuing across our whole technology portfolio – not just on the network layer, but on the storage and server layers as well,” says Ehr. “The ACE 4710's virtual capabilities provide a way to create resource segmentation and isolation, allowing the ACE to act like several individual virtual appliances within a single hardware appliance that can provide service for all of GGU's applications, departments and student services.”

Having all controls on a single chassis made managing load balancing easier, he says.

“With the ACE 4710, GGU can create pools of load balancing and security profiles for the production website that are entirely separate and can be managed separately from the development and the pre-production environments. That was not something that college's previous load balancing solution could do,” he explains.

At Scottsdale Community College in Arizona, deploying Citrix Systems' XenDesktop to more than 12,000 students and staff saved the school more than $250,000 in technology-related costs, says Dustin Fennell, CIO at SCC. Even better, it boosted performance while easing management chores.

“End users are totally unaware they're using a virtual desktop,” he says. “They simply access the resources they need, and Citrix balances the load across the server pool.”

The load balancing that's built into XenDesktop makes it easier to perform routine tasks, he adds. “You can take a physical server out of the pool to perform maintenance or replace a failing component, then balance the load over the rest of the physical machines. It gives you the flexibility to apply patches, upgrades or security fixes over virtual instances in a pretty easy way.”

Here are three tips for managing load balancers in a virtual environment. 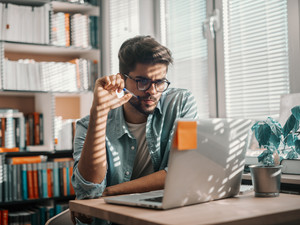