Kaplan University’s Damien Cooper says online education is much more widely accepted today than it was 10 years ago.

When Damien Cooper reflects on his tenure at Kaplan University, he realizes that in the first decade of the 21st century, online education has finally come of age.

“When I first started with Kaplan about five years ago, most of the applications were text-based and the discussion boards were our only form of collaboration,” says Cooper, vice president for IT architecture at the online university.

“Now, professors and students have synchronous learning sessions in real time, and we are working on ways to deliver applications and courseware onto mobile devices, such as the iPhone and BlackBerry,” he adds. “It’s been a tremendous change.”

For Kaplan University (part of Kaplan Higher Education), the past decade has been explosive: The school grew from 34 online students in 2001 to more than 48,000 online and on-ground students today, with 2,800 faculty members, 65 percent of whom hold master’s degrees. Kaplan has online student-support centers in South Florida, Orlando, Chicago and Phoenix, and eight brick-and-mortar campuses throughout Iowa and Nebraska.

Kaplan’s growth has coincided with widespread growth in online education. While accredited universities such as Kaplan with fully online programs have a strong public image today, what’s less well known is that traditional colleges that had few online course offerings at the start of the decade have picked up the pace. According to Gartner, more than 55 percent of all courses offered today are either fully online or hybrid/blended courses, meaning that the course is offered both in a classroom and online, or that a portion of the course is in a classroom and discussion groups and writing assignments may be done online.

Programs at the University of Maryland’s University College (UMUC), Penn State and the University of Illinois are cited as some of the leaders in online education, but they are far from alone. Just about every accredited four-year college and graduate school today offers online courses. All of these schools view online education as a way to serve an increasingly diverse community of students — many of whom work full time — as well as save time and money in an economic climate in which funds for new professors and added facilities are scarce.

Michael Cornell of the University of Illinois Global Campus says a single sign-on removes the need for multiple passwords to access the school’s educational resources.

“Students will have more opportunities for online courses, particularly for the first few years of undergraduate education and for course-based graduate programs,” Harris adds. “Some students may even enroll in one institution while taking courses from other institutions to meet time constraints, save money or expand learning opportunities.”

“We use strong passwords and password-recovery tools, and all personal student information is encrypted in the databases,” says Kaplan’s Cooper.

At UMUC, Rob Sapp, the school’s CIO, says the university deploys a “defense in-depth” approach to network security. The basic idea is that security runs across multiple layers in the network. Access control lists are used on the network equipment and a dedicated firewall is deployed to limit access only as necessary to the servers that hold WebTycho, UMUC’s custom courseware application.

UMUC uses Cisco and Juniper intrusion detection systems, which deliver further automated reporting, alerts and responses to illicit traffic detected on the network. Sapp says this may include outsiders trying to guess user passwords or attacks on the system intended to disrupt service. Host-based security on each of the WebTycho servers adds another line of defense to protect, identify and respond to security events.

“The UMUC network team also has a set of dedicated security engineers to review activity and actively manage threats through reporting systems and other security tools,” Sapp explains.

One important technology trend that colleges are looking into is “single sign-on.” Instead of students and faculty using different passwords for each system they need to access, they would use a single password to access all of the university’s resources.

The University of Illinois has created a portal for the roughly 500 online students of its Global Campus to provide access to multiple resources via single sign-on. The authentication system is powered by four Sun servers that use the Lightweight Directory Access Protocol. The LDAP cluster acts as a repository for all user IDs and passwords and is the source for authenticating the single sign-ons. The university and other large organizations use LDAP because it is designed to handle heavy network traffic. The authentication transactions themselves travel over a SonicWall messaging backbone and gateways managed by the university’s central IT department.

“The LDAP servers and other supporting infrastructure speak directly to our intent to deliver a secure single sign-on and offer our students access to multiple online educational resources without impeding their ability to learn,” says Michael Cornell, deputy chief technology officer at the University of Illinois Global Campus.

“The idea is to deliver all that educational content, plus access to the library’s special resources and various student and faculty wikis and blogs without having to use separate IDs and passwords,” Cornell adds.

Kaplan University’s Cooper says server virtualization has been instrumental in helping the school cut costs, reduce power and add applications. Roughly 26 percent of Kaplan University’s servers are virtual, primarily using VMware. The school saves about 3,000 kilowatt hours per year for the 224 servers it has virtualized, plus an equivalent amount in cooling. Because as many as 10,000 students can use the online system concurrently, Kaplan opts not to virtualize its courseware application or SQL databases.

“We don’t virtualize applications that have a major impact on throughput, such as the courseware or the databases,” says Cooper, who adds that Kaplan uses the virtual machines (VMs) for standard business apps, such as the DNS and Exchange servers and for its student portal.

“Through server virtualization, UMUC successfully reduced the number of physical systems needed to support an expanding portfolio of IT services,” Sapp explains, adding that UMUC offers 782 different online courses and 5,510 sections within those courses.

Sapp says an upgraded version of UMUC’s WebTycho courseware will run on VMs so that UMUC can perform software upgrades and routine maintenance in an environment separate from the main environment that serves students and faculty.

“Moving to a completely virtual environment has provided great flexibility, as well as the anticipated ROI intrinsic to hardware consolidation,” says Adam Caimi, IT operations manager at Penn State.

While the technologies may differ somewhat, all the schools clearly put a high priority on deploying the strongest technology infrastructure possible.

The point of all this, of course, is for colleges to respond to the changing needs of students.

“Most of our students work full time and are juggling real-life responsibilities,” says Cooper of Kaplan University. “We’re open 24x7, which means students can register, apply for financial aid, watch a video or participate in discussion boards all on their own time,” he concludes.

This capability is more valued now than ever before at traditional colleges. Gary Miller, executive director emeritus of Penn State’s PSU World Campus, expects that the lines will continue to blur between traditional classroom and online learning.

“Up until recently, online education was seen more as a separate and peripheral function,” Miller says. “Now, we’re beginning to look at online as a way to create new kinds of learning communities, and geography is much less a deterrent or defining factor.”

Gartner research director Marti Harris says that many universities will consider asking students to take at least one course completely online per semester. However, the administration and students may be more ready to accept the online alternatives than the teaching faculty. Ten years ago such a request would have sparked protests from the faculty, but Harris says faculty members have several reasons to go along today:

Kaplan University is primarily made up of online students, which means uptime is paramount. lial Knight, the school’s vice president of technology operations, says Kaplan’s disaster recovery site consists of a suite of servers that deliver platforms of systems that can be substituted for the primary production servers in the event of an emergency.

EMC CLARiON SANs are used at the secondary data center facility, while an emc dmX sAn is used to provide storage for Kaplan’s primary production, student-facing and student management applications. These apps operate on various servers that use ms sQl clustering for transactional and critical systems. data replication is handled by emc recoverpoint and replistor applications, with continual replication of transactional and Windows-based file systems.

Knight says the primary and secondary data centers are linked via 100-megabit-per-second fiber network connections and multiple ds3 multiprotocol label switching network links, so changes can be transferred to the dr facility at near real time. Kaplan backs up data to hard disk for rapid recovery and time management and rotationally offloads to tape what it needs for safekeeping and permanent records retention. 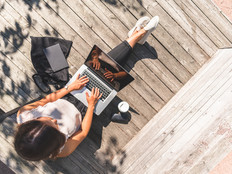 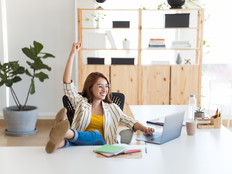 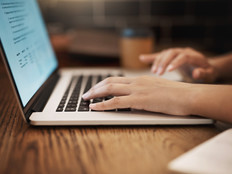