The University of California, Merced, the 10th and youngest campus in the statewide system that includes the prestigious UCLA and UC Berkeley campuses, is more than a new school. With its eco-friendly buildings and energy-efficient data centers, it’s a new school of thought.

Opened in September 2005, UC Merced has four buildings certified as being eco-friendly by the U.S. Green Building Council (USGBC), a nonprofit group that created the Leadership in Energy and Environmental Design (LEED) rating system mandated for new buildings by California,Washington and other states. That gives UC Merced the highest concentration of LEED-designated buildings on any school property in California and one of the highest in the country (Harvard University has five buildings, and the University of Vermont has four).

All buildings on campus use 20 to 30 percent less water than state-mandated requirements. Also, buildings are cooled by water that is chilled centrally at night, when energy costs are lowest.

Like most enterprises, UC Merced is grappling with how to reduce energy use and heat output in their new data center, says Mark Maxwell, assistant project manager for UC Merced Physical Planning Design and Construction. But the university is aiming at an indistinct target. So far, USGBC offers no specific guidance or ratings for data centers.

“I’m not happy about that, but that just goes to show you that we can still get good numbers,” says Maxwell. “Because of how we cool our buildings, we can offset the energy use in the data center.” The special attention wasn’t wasted. The university’s Central Plant, housing the one-story telecommunications and data center, is designated as LEED Gold.

The chilled water piped in from the Central Plant and the use of variable speed drives on the water pumps help keep energy use as low as possible, says John Elliott, senior engineer for Facilities Management. “Nothing too exotic,” he says. The water, chilled or heated in the Central Plant, is distributed to the data center and other buildings.

The university needs to do more, he acknowledges. “The University of California is talking about a centralized data center [for the statewide university system],” says Elliott. However, “distributed computing may just not work as far as energy [heat build up] is concerned,” he notes. The intense heat build-up in data centers makes cooling multiple data centers more problematic. Cooling one large center would be more efficient. Still, the chilled water system at UC Merced is more environmentally friendly than a traditional HVAC system, he says. UC Merced runs water chillers at night, when electricity costs less and is more available. It uses its variable speed pumps only when cooled water is required.

UC Merced will continue its program to keep its IT operations and its buildings on the green path. The school is about to break ground on a 100,000-square-foot building that will include a relatively small computational center, measuring 475 square feet. The university has mandated that it attain at least a Silver rating, though planners hope to go for the Gold. 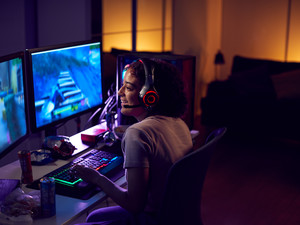 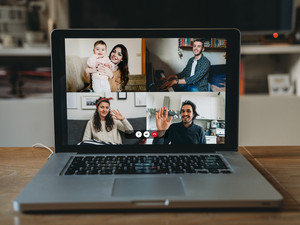