IT chiefs partner with academic officials to develop high-tech answers to an age-old problem.

Last spring, second-year students at Indiana University’s School of Dentistry were busy preparing for a major exam that would involve identifying characteristics of computerized images. But instead of staying up all night to study, some students spent their time cracking computer code that let them break into password-protected files so they could take an early look at images that would appear on the test.

The student who cracked the code shared the information with classmates on the university’s Indianapolis campus. Some took advantage of the opportunity to preview the test images, and many who chose not to take a peek knew what was going on but didn’t report the cheating. After the code-cracking was uncovered, nearly half the students in the class were implicated.

In a formal investigation, two professional conduct committees reviewed the cheating allegations; one committee was made up of students and the other faculty members. The entire faculty had a say in the final disciplinary decisions, which included the dismissal of nine students and suspensions of 16 others for various lengths of time. The Faculty Council also voted to send a letter of reprimand to 21 students for violating its professional code of conduct by knowing about and failing to report the instance. Of the nearly 100 students in the class, 46 students — almost half — were subject to disciplinary action.

Although technology tools, such as smart phones and personal digital assistants, seem to have made it easier for students to cheat, some schools are using technology to actually prevent the problem. While dealing with cheating certainly falls under the realm of academic faculty rather than IT personnel, “everyone employed by a college has the obligation to the extent reasonable to be sure students are earning the credentials we’re giving them,” says Donald McCabe, a management professor at Rutgers University in New Jersey (Camden, Newark and New Brunswick) and founder of the Center for Academic Integrity at Clemson University in South Carolina.

And as cheaters use more high-tech tools and skills to get away with their offenses, schools need increasingly more high-tech solutions to stop them — and prevent them from ever getting started. This includes using supersecure computer testing facilities, matching reports and papers against existing papers and published documents, and helping teachers know how to spot cheating.

At a growing number of colleges, IT professionals are taking an active role to ensure that students earn their grade rightfully and that authentic education takes place in a culture of integrity. For instance, Pennsylvania State University recently unveiled a new high-tech testing center on its University Park campus — complete with 160 computer-equipped cubicles. The goal? To make cheating on tests almost impossible.

Penn State officials say they didn’t design the testing center — the first of its kind — primarily to discourage cheating, but its numerous built-in controls against academic dishonesty are garnering a lot of attention. “Our primary purpose is to improve student learning,” says John Harwood, senior director of teaching and learning with technology in Penn State’s IT Services Department.

“One thing we know will help students learn better is better assessments,” Harwood says. “There are a number of things teachers can do digitally that they can’t do on paper. But along the way, we’ve built in several measures to ensure that the student taking the test is actually the student in the class, and that each student is doing his or her own work.”

To enter the center, each student must swipe a picture ID, a smart card that transmits his or her picture to a security station. Upon checking in with an attendant, each student receives a computer station assignment and a printout, which must be posted at the cubicle. The printout includes the student’s photo and information about what materials are allowed for use during the test. Video cameras continuously sweep the room, feeding images from the testing facility to the security station in the lobby, and proctors continually walk around the room.

The Penn State testing center stemmed from a need for supervised testing for students taking online courses, and grew into a high-tech solution that faculty members in any department can use, Harwood says. Although his technology staff designed and developed the testing center and its many anti-cheating controls, Harwood takes little credit for the early success of the center.

Penn State’s high-tech testing center might be unique now, but many colleges are taking similar, if smaller, steps to use technology to deter cheating. Numerous schools turn to online repositories of papers and published works, such as TurnItIn.com and RefWorks.com, to check the legitimacy of students’ work.

These sites let professors check students’ work for improper citations or potential plagiarism by comparing it against continuously updated databases that include billions of Web pages, student papers and articles from major newspapers, magazines and scholarly journals. Some leading researchers in academic integrity say that the use of such tools simply spurs students to “use different technologies to get around it,” says Stephen Satris, associate professor of philosophy at Clemson University and interim executive director of the Center for Academic Integrity. “It can become an arms race.”

But on some campuses, successful partnerships among IT and faculty have developed methods for using such tools not only to catch cheaters but also to prevent plagiarism by informing students of the correct ways to cite sources.

“On the Bloomington campus, for example, the decision was taken through the Bloomington Faculty Council, which recommended getting the service for the campus, but wanted to see it utilized as an educational tool with students,” Goodrum says. “The IT department’s guide for instructors emphasizes the use of the program as a deterrent, but it is also a means to teach students how to work with sources and to raise awareness of paraphrasing and quoting skills.”

Penn State’s John Harwood says, “We’ve built in several measures to ensure that the student taking the test is actually the student in the class, and that each student is doing his or her own work.”

But such programs work only if IT departments help faculty members use them to their full capacity, McCabe says. “As an IT person, my goal would be to make sure people know how to use the technology.”

Because cheating often takes the form of plagiarism, which may sometimes be unintentional, Satris recommends that faculty members and IT personnel partner to offer online training programs to teach students the correct ways to write papers without plagiarizing.

“Sometimes students are simply unaware of how to do it correctly, so they copy someone else’s,” Satris says. “But you can use technology to teach them the correct way and make it entertaining. I’ve seen some online training programs that are even funny, and they teach students how to cite sources and when to cite sources. If you offer training sessions, then they have no excuse.”

Proactive approaches, such as providing training, are preferable to reactive methods that are simply focused on catching and disciplining cheaters.

“Everybody’s first reaction is just to punish people and be tougher,” Satris says. “But it doesn’t work because they just find new ways to be dishonest. To really make a difference, you have to look for broader solutions across the campus, and for the culture to change, everybody on campus has to be concerned.”

Any campuswide effort must extend to the IT department, even though cheating has traditionally been only an academic concern. Although he is an outspoken proponent of honor-code systems that require universities to place a certain level of trust in their students, even McCabe believes that technology professionals can play an important role in preventing academic dishonesty. “Faculty members need the help of IT managers to try to understand what’s going on and to catch up, to know what the latest thing is, and to eliminate pitfalls in our assignments,” he says.

Although IT departments aren’t responsible for ending academic dishonesty, they can certainly form partnerships and devise programs that help promote a culture of integrity, as they have done at Penn State and Indiana. Like most successful undertakings, making an impact on the campus culture and effectively discouraging cheating takes teamwork and can’t be done in a vacuum.

“I certainly encourage any IT department not to do something like this on their own,” Penn State’s Harwood says of his school’s high-tech testing center. “You need to have strategic partnerships with academic units. Find colleges and departments that are willing to work together on it.”

Adds Goodrum: “My advice to IT professionals would be to work with their IT organization’s faculty advisory committee or their campus faculty governance in selecting and piloting approaches. We must realize that academic integrity is a complex issue. And ultimately, academic integrity is an issue of campus culture, not just technology.”

But technology professionals can have more influence than they may realize, Satris says. “IT departments should be aware that they have a powerful position with technology, and that it can be used for good.”

More than 75% of high school students acknowledge having cheated.

Build Your Own Testing Center

According to John Harwood, senior director of teaching and learning with technology at Penn’s Information Technology Services Department, most of the gear and software is available off the shelf, and some of the needed technology may be available already on your campus.

For instance, “lots of universities have ID cards that can be used across campus,” Harwood says. For the testing center, Penn piggybacked on the university’s identity management system. “The same card used for checking out materials from the library is used by students signing in to the testing center.”

Here’s what else you will need:

Finally, the IT and testing team will need to create documentation and training for the faculty using the facility. To check out the detailed information that Penn provides its faculty — including a number of resources about how to design high-quality, electronic exams — go to testing.psu.edu.

Many Students Do It

Although the effects of cheating can be devastating for both students and institutions, the problem is rampant.

Besides the incident at Indiana University, 2007 saw widespread cheating incidents, including 34 MBA students at Duke University’s Fuqua School of Business in Durham, N.C., who collaborated on a take-home final exam, and 20 mechanical engineering students at Ohio University in Athens who were accused of plagiarizing their master’s theses. According to research by Donald McCabe, who surveyed 5,300 graduate students at 54 universities, more than half of business and engineering students reported having cheated; 48 percent in education and 45 percent in law school also cop to having cheated.

Though cheating has always been an issue for universities, new forms of testing that involve computers and online data, and the widespread use of personal technology tools, seem to be exacerbating the problem, says McCabe, a management professor at Rutgers University in New Jersey (Camden, Newark and New Brunswick) and founder of the Center for Academic Integrity at Clemson University in South Carolina.

“Cheating has been around since time immemorial,” he says. “But technology has made it less time-consuming. For instance, you can simply cut and paste to plagiarize a paper from the Internet. While technology has not led to a dramatic increase in the number of students who cheat, it has made cheating so easy and may have led to an increase in the number of times a student might do it.” 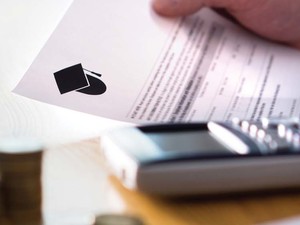