Out in the Open
Universities join forces to build their own software.

Typically, colleges buy off-the-shelf software. Sometimes they might ask a vendor to customize part of it, or they might even do some coding themselves.

This process has worked fairly well, at least as long as a product remains on the market. But the sticking point often comes when vendors no longer support an application, forcing colleges to scramble to reconcile programming issues. Sometimes they can’t. Some schools, including Indiana University and the University of Hawaii, decided to look at other options.

IU and Hawaii are among a group of schools embracing the open-source movement. What they quickly realized was that they would achieve better results if they joined forces to pool resources and reduce development headaches.

Though open-source has been called everything from essential to evil, Brad Wheeler, CIO at Indiana University, describes it as simply a tool, not a silver software bullet.

“It’s a way to build together and have shared economics in the results,” Wheeler says. “We walk away with the code to these projects, all of us.”

Wheeler is chairman of the Kuali Project, a nonprofit organization of several colleges, including the University of Hawaii, University of Arizona and Cornell University. The group exists to compare software goals and pool resources for the best open-source outcomes.

“With an Andrew Mellon foundation grant of $2.5 million and $5 million of our own, we’ve been able to make sweeping changes,” Wheeler says. “We released our first Kuali program in October, and we’ll be releasing two more for payables in July. The driven cadence we use forces group decisions to keep things moving along and allows us to get work done in open-source tradition — we want to release early and often and keep improving.”

Still, for David Lassner, CIO of the University of Hawaii, Kuali provides far more than a better way to keep the books. “We are all learning from each other with Kuali and, to be honest, it’s not always easy to work collaboratively through so many institutions,” he says.

“But collaboration is the mode of how we serve our communities, becoming more cooperative, whether it’s about large research projects together in science or it could be education with new agreements for students to transfer easily. It could even be teaching courses with other universities to develop new courses. What’s interesting is that in many ways software is lagging compared to other parts of the college system — we want to change that.”

Wheeler says his school has also received many secondary benefits from using Kuali and open source. “It can improve staff development and leverage support — and the knowledge-sharing aspect comes into play. Best practices can’t help but improve through having an open dialogue with other schools.”

Besides Kuali, Wheeler’s involved with other open-source initiatives such as Sakai, Open Source Portfolio and the uPortal Project (see sidebar, below). Still, he feels colleges should limit the number of communities such as Kuali for best results. “What we don’t need in higher education is lots of little communities who are all trying to invent the wheel,” he says. “When you create a community, you need e-mail listservs, licensing and more. You have to make sure you have enough commitment to follow through.”

Open-source applications are not free — there are costs involved in implementing, maintaining and customizing the software.

Open-source foundations have commercial affiliates, which — for a fee — provide hosting, installation, integration, consulting and support services. These commercial affiliates include IBM and Oracle, as well as smaller firms. These vendors are voting members of the foundations along with the educational members. They may include packaged versions of applications such as Kuali in their services, but hold no ownership of the software’s intellectual property.

Educational institutions also need their own IT resources to manage and customize open-source software. How much they devote to it depends on how much customization and how widely they implement the software.

Colleges and universities maintain the software over time and draw on a broad community of developers. Vendors may also contribute code, but foundations such as Kuali and Sakai coordinate the quality assurance and release processes.

“One difference from commercial code is that lots of the changes made locally get contributed back to the project and become part of the core release,” Wheeler says. “This happens even when a college pays a commercial firm to do work.”

Still, being part of an open-source foundation requires time and commitment on the part of colleges that you avoid when buying from a vendor.

The tension between open-source and some commercial applications is personified by academia’s relationship with Blackboard, the dominant course management system vendor.

Blackboard’s products were developed to help colleges do everything from posting grades online to handling transactions. Wheeler and other higher education CIOs view Blackboard as a potential monopoly that leaves colleges with few options, especially after Blackboard acquired several of its rivals.

“You fundamentally have a clash of values between higher education and Blackboard because they’re about suiting their shareholders, and they believe one of the ways to do it is to try to create monopoly franchises on certain ideas,” Wheeler says. “Essentially, the first patent they received is about differentiating roles in courses.”

Wheeler is referring to a patent awarded Blackboard that relates to its ability to grant students and teachers different access rights to online resources.

Blackboard put this patent pledge on its Web site: “Blackboard hereby commits not to assert any of the U.S. patents listed below, as well as all counterparts of these patents issued in other countries, against the development, use or distribution of Open Source Software or Home-Grown Systems to the extent that such Open Source Software and Home-Grown Systems are not Bundled with proprietary software.”

It lists its one issued patent and seven pending patent applications, including Internet-based education support systems and a system for conducting online transactions. Online teaching community Academic Commons (academiccommons.org) notes that the patent could also threaten wikis and blogs for higher learning.

“The problem is we just don’t know what rights Blackboard will be given next,” Wheeler says. “It’s frustrating when you’re trying to create a community that shares ideas.”

Like most technology initiatives gathering steam, open source has its benefits and drawbacks.

Sakai (sakaiproject.org): This course management system (CMS) lets a user put himself or herself in the flow of innovation, says Wheeler. Sakai’s open-source collaborative tools include repository searching, wikis and RSS. The rough aspect is that the system is built using Java 2 Enterprise Edition, he adds. “J2EE is not for a simple programmer. It’s an enterprise-scale system. It won’t just unzip and deploy to a campus.”

Open Source Portfolio (osportfolio.org): Wheeler says the Web-based file system is only now finding its stride. “It’s tough to take ideas of student portfolios based on outcomes and map that onto a culture based on courses, but there’s new momentum now as we find middle ground to the philosophy of course-to-assessment.”

uPortal Project (uportal.org): A widely deployed shareable framework for producing a campus portal, it integrates Java, eXtensible Markup Language, JavaServer Pages and J2EE. Institutions can download it and use it on their site for free. “I think it will eventually become more capable of plugging in a set of services, not just navigation,” Wheeler says. 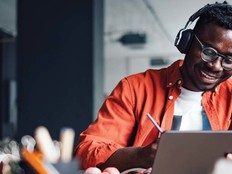 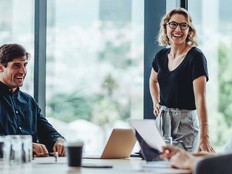 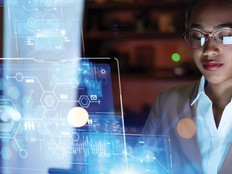