Apparently, the gap between the alignment of technology and university strategy is closing. According to last year's survey by Eduventures, a Boston-based research firm, the majority of respondents rated technology as a key force in improving student learning, attracting faculty and improving fund-raising – undoubtedly the top strategic goals of any institution of higher learning.

Only 20 to 30 percent of respondents at public, private and for-profit institutions of higher education reported that technology didn't play a critical role around these three objectives. Catherine Burdt, Eduventures' postsecondary senior analyst, expects the gap to close further because technology is no longer the gatekeeper at most institutions, as it was in the past.

“If we look at the role of information technology as catalyst and enabler, we see that management involvement yields commitment,” Burdt says. “The chief academic officer and a widening group of stakeholders are taking more ownership where technology is concerned and are pulling through emerging technology because management realizes the intrinsic value. That doesn't negate the role of CIOs, but it transforms their role from primarily a push agent to part of an integrated team.”

Take Loyola University Chicago's CIO, Susan Malisch, as an example. She works in an education environment with rapidly growing enrollment year after year. It's a situation familiar to CIOs nationwide.

Malisch says a big part of her job is demand management and focusing on how best to maximize IT investments that mesh with Loyola's strategic plan. She's not selling IT; she's selecting and grooming projects because there isn't the capacity to address and implement the numerous projects up for consideration. For more on what's on Malisch's plate, turn to Ed Tech'sâ„¢ interview with her on page 11.

For institutions walking the path to strong alignment between IT and larger objectives, commitment from stakeholders across the campus – including students – is essential. Chris Odionu, CIO of Alabama A&M University in Normal, reports being in the nascent stages of developing a blueprint for technology investments, but says his first strategic step was creating an advisory committee backed by the university's president. Walter T. Geer spells out some of the key considerations for getting commitment, and ultimately alignment, on page 32 . As Odionu knows, without the backing from your university or college president, it's hard to get any initiative, no matter how good, off the ground.

In the President's Roundtable on page 34, EdTech asked three college presidents what's on their technology wish list. Not surprisingly, William Carroll wants technology to be a pervasive presence on his Lisle, Ill., campus, and he's willing to rework Benedictine University's priorities to include a tech-driven reinvention of the classroom.

John Muller and Ronald Crutcher share similar ambitions. At Bellevue University, half of the tuition revenue stems from online courses, which makes strategic involvement from Muller essential. At Wheaton College, Crutcher meets weekly with his CIO to ensure that technology is as fundamental to the entire campus environment as it is to the classroom. These examples speak to IT's improved stature on campus, but the task of choosing the right technology initiative to champion remains.

Respondents awarded low ratings on “the degree to which technology has enabled each object to be achieved,” defined by type of institution. 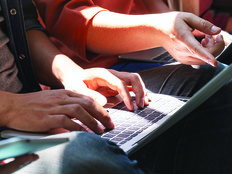