When I first heard that Google was planning to launch its own social network, I didn’t know what to think. Did the world really need Google+?

We already had Facebook and Twitter. What possible value could a social network hatched by a company that built its name almost exclusively on search add to the online communities I cared about?

Time was another factor. Many of the educators I talked to were intrigued by the idea. Google had already made inroads in classrooms with its apps and education resources. But, nearly two years later, the question remains: With everything that happens over the course of a normal school day, do educators have the time — and the patience — to juggle multiple social networks?

It’s a fair concern. And, if you had asked me a few months ago, I probably would have put Google+ far down on my list of favorite online tools for teachers. That’s before I came across this list of 25 ed-tech Google+ accounts to follow, cross-posted by the folks at Edudemic and Online Universities.

A few to consider:

A former television and video industry professional, Sill now teaches video production at El Diamante High School in Visalia, Calif., or so says his Google+ profile. Sill’s feed is chocked full of useful tips about how to integrate video in schools. He also shares news about upcoming education events and provides advice for using Google’s roster of educational apps.

A partnership between technology providers Intel and Lenovo, this account is a spin-off of a popular blog that features discussions on a range of topics, from using web-based content in classrooms to big data to BYOD.

A former Spanish teacher who became a K–12 education technology coordinator, Ashby offers links to guides for IT coordinators, such as “How to Set Up Nexus 7 for Classroom Use,” as well as commentary on emerging classroom innovations (think Chromebooks). He also discusses policy questions schools face about technology use.

Hosted by Darrel Branson and Tony Richards, this regular education technology-focused podcast features interviews with some of ed-tech’s best and brightest and offers insights into classroom technology integration and the latest in school technology.

An elementary technology integration specialist for Minnesota’s Edina Public Schools, Schroeder uses her Google+ account to highlight the use of Google Apps, primarily in elementary education.

Read Edudemic and Online University’s complete list of 25 Google+ ed-tech accounts to follow—and add your favorites in the comments. 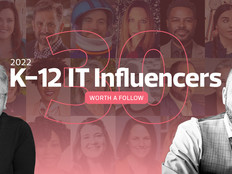 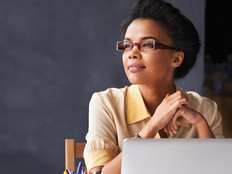