Affordable netbooks make it easier for Lorain City Schools to put technology in the hands of its students, say Superintendent Cheryl Atkinson and CIO Gary Brantley.

There's nothing tentative about Lorain City Schools' approach to one-to-one computing. The Ohio district has launched its program by putting an Acer Aspire One netbook in the hands of each of its 3,200 sixth-, ninth- and 10th-graders. If the first stages of the initiative go as planned, the subcompact notebook computers will eventually be provided to every student in the district from the fourth grade up, says CIO Gary Brantley.

“We're really going for it,” says Brantley. “We initially came at it from the standpoint of textbooks. Superintendent [Cheryl] Atkinson saw kids carrying around six or seven textbooks and asked me if there was a way to get the books on laptops. Once netbooks came out, there was a way.”

For now, the mininotebooks distributed to students are loaded with digital versions of their textbooks, along with Microsoft Word and Microsoft PowerPoint for creating class presentations.

This fall, however, the netbooks will deliver much more than lighter backpacks and neater papers for students, as they become fully integrated with Lorain City Schools' curriculum. The ultimate mission of the district is to provide its students the equity and opportunity that comes with access to technology, says Atkinson.

“We are behind technologically in public school education; we're behind the nation and the rest of the world,” Atkinson says. “It is imperative that we make technology the norm, not the exception. Our students must be comfortable with technology, because otherwise we will lose our country's competitive edge and students will not be able to survive. I'm very passionate about public school education being a great equalizer.”

The Aspire One has an 8.9-inch screen and weighs just 2.8 pounds with an optional six-cell battery that lasts up to seven hours between charges. With wireless connectivity, a 1.6 gigahertz CPU, 1 gigabyte of RAM and 8GB of NAND flash memory, the netbook is capable of handling almost any computing task a student might face.

Brantley and his staff investigated offerings from other vendors, but selected the Aspire One on the basis of cost efficiency and an excellent maintenance plan, and because Brantley has had good experiences with full-size Acer notebooks.

Lorain City Schools paid about $300 per netbook, which included the maintenance plan and Computrace tracking software, with costs spread over three years through a lease agreement. The one-to-one computing program represents a substantial investment, but rather than relying on new funding, the program required a realignment of the budget to reflect a new educational landscape, says Atkinson.

“When you look at what we taught 30 years ago and what we need to teach now, there's been a drastic change,” she says. “We just took off the plate that which had outlived its usefulness, and out on the plate what we really needed to focus on. For example, we used to spend a lot of money replacing textbooks, and now we load them on laptops and don't worry about torn pages.”

20% of all notebook computers shipped in the first quarter of 2009 were netbooks.

In preparation for the netbook rollout, Brantley and his staff developed a comprehensive orientation program for teachers and students. He also consulted the staff at Irving Independent School District in Texas, which has had a one-to-one program in place since 2001, for insights into what might lie ahead.

The initial implementation went smoothly, says Brantley. The most common issues teachers faced were related to teaching students to take care of their netbooks and to stay away from inappropriate sites on the Internet.

To help teachers negotiate the shift, Lorain City Schools scheduled professional development on the technology program for the summer and on Tuesday early-release days in the fall.

Maintenance and management of the netbooks also significantly increases the workload of Brantley's 13-person help-desk staff, which covers all 18 schools in the district. To reduce the burden on the professional staff, the district is training students who are interested in technology as a career to help with basic maintenance.

“We're definitely making a commitment to technology from top to bottom, from the leadership of the superintendent and school board to the teachers and the students,” says Brantley.

Irving Independent School District in Irving, Texas, was one of the first school systems in the nation to demonstrate that commitment when it launched a one-to-one program in a magnet technology high school eight years ago, and then quickly pushed the initiative to its other three high schools. Irving ISD has distributed full-size notebooks to 10,000 high school students and 2,000 teachers in the district, but has begun to use ASUS Eee PC netbooks from carts in middle and elementary schools, says Executive Director of Technology Alice Owen. IT staff and administrators are now taking a close look at implementing the netbooks in the high schools, she says.

“Last year we didn't think netbooks were ready for prime time at the high schools,” Owen says. “The ones we've seen this year are very good. They are full-blown laptops – they're just smaller and lighter.”

As at Lorain City Schools, almost 80 percent of Irving ISD students are from low-income households, and equity in accessing technology is a priority in the district, says Owen. And as netbooks become more powerful, their low cost can put computers in the hands of even more students.

“We're trying to be equitable,” Owen says. “When we planned the bond, we planned on the budget for full-size laptops, so now we can provide even more netbooks for students because of the lower costs.”

“We wanted a 7- to 9-inch screen, at least a 1GHz CPU, disk space for Microsoft Office, wireless and a battery that would last for all of a school day,” Madden says. “Then, we told them we wanted all that for less than $500. HP took all of our criteria and delivered.”

As a result, Fresno USD has rolled out more than 10,000 HP Mini-Notes to more than 350 classrooms in 60 of the school district's 106 schools. The district currently aims for a two-student-per-computer ratio but would eventually like to create a one-to-one program in its high schools, Madden says. Funding is an issue, but administrators also see an upside to shared computers in the lower grades because the arrangement fosters the development of collaborative learning. Either way, the possibilities opened up by netbooks are “positively disruptive,” he says.

“Technology is an accelerator for learning; once you put technology in the hands of students, it creates an environment where teachers can change how they teach,” Madden says. “They no longer have to stand in the front of the classroom and be the primary source of information. Instead, they are able to use the resources of the Internet, the resources of the world, and become guides.”

Five Factors to Consider From the Start

Getting students up to speed is the easiest part of a one-to-one computing program, says Stewart Crais of the Lausanne Collegiate School and the Laptop Institute. Other factors that are crucial to success include:

Support from the top: “Programs like this don't happen without leadership from the superintendent and support from school boards,” says Gary Brantley of Lorain City Schools.

Buy-in from and training for teachers: “Teachers are creative and enthusiastic, but they are often the digital immigrants, so we do a ton of professional development each year to help and encourage them,” says Alice Owen of Irving Independent School District.

Education over technology: “This is a learning environment, not a prohibitive IT environment; we want to build a creative technology environment that's safe for education,” says Kurt Madden of Fresno Unified School District.

Adequate IT support: “Any school district that's trying one-to-one really needs to consider support, because you can't just throw laptops out there and expect them to work all the time – they won't,” says Owen.

Sustainable funding: “Make sure the money is there, not just for the first year, but to keep the program going in future years,” says Crais.

IT managers in schools have to protect their systems and, even more important, the students who use them. Standard tools provide layers of security, say school technologists. These include:

“Kids try to get on sites and places on the Internet that they shouldn't; they're so smart you know some will try it,” he says. “If it gets out of hand, we bring them in and have another orientation.”

Parental awareness of how their children are using computers is crucial, says Stewart Crais of Lausanne Collegiate School, but he also advocates “more education and less Big Brother.”

“Best practice in IT is to keep things as closed as possible,” he says. “I think we should teach students how to use Facebook, YouTube and Twitter ethically, rather than prohibiting them.” 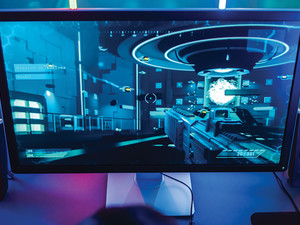