When staff at the UNC School of the Arts set out to create a high-end render farm, they knew it would take a lot of money, time and effort. They didn’t know, however, that it would also require a new mindset for the entire IT staff, says Henry Grillo, associate dean of the film school.

“It has been a real challenge to integrate the render farm into the school’s IT system,” he says. “Our IT people are certainly not trying to make life difficult for us, but they have a protocol they have to maintain, which didn’t always resonate well with what we were trying to do.”

Because the school’s network security protocol is robust, IT had to devise a solution to facilitate two-way communication between the render farm and student workstations. That entailed reconfiguring the network’s access control lists.

“We had to help them understand what our network needs were so that they could help us achieve the connectivity we needed,” Grillo says. “In many instances, we found out what those needs actually were as we were installing and booting up the system.”

The film school convened teams from IT, HPE and CDW•G — remotely and onsite— to ensure the systems communicated properly while honoring the institution’s network security demands. According to Grillo, team members spent as much time identifying students’ goals and needs as they did on the technical aspects.

That’s typical for an institution making a major change or new addition, says Jeffrey Kaplan of THINKstrategies. “It’s very much akin to what I would tell a CIO in the business world,” he says. “You have to change your thought process from a control agent — a person who determines what is put into place next — to the enabler of the technology process. Instead of looking at it as a threat, IT has to see it as an opportunity.”

For more information, read the feature from our Summer 2016 issue. 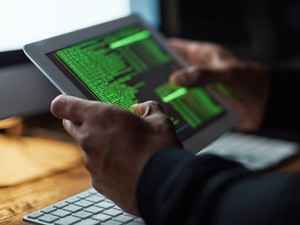