University of Colorado Boulder Associate Dean for Education Diane Sieber took a less than traditional path to the university’s College of Engineering and Applied Science.

She was a Spanish professor for many years before joining the college in 2004 and being named a dean in July 2012. She also co-directed the university’s Alliance for Technology, Learning and Society (ATLAS) Institute from 2000 to 2007.

Sieber says she moved to the engineering college because she held a strong conviction that nearly half of the available engineering jobs today are overseas and require students to be fluent in a foreign language, in addition to having collaboration and communications skills.

“I wanted students to develop foreign language skills, but also have a sense of how to develop an online presence and learn how to use today’s collaboration tools,” Sieber says. “Unfortunately, the curriculum is packed with required science and math courses and doesn’t always leave space for foreign languages and communications skills.”

She believes so strongly in her work that she now lives in a dorm with science and engineering students as part of the university’s Residential Academic Programs, or RAPs. She heads up the university’s Global Engineering RAP — one of 14 such programs offered — which in its first year comprises 57 students. Next year that number will jump to 113, Sieber says, because many in this year’s group will stay on for a second year to mentor incoming first-year students.

The first group is 50 percent female, 30 percent Hispanic and 10 percent native Spanish speakers. The students come from a couple of different countries but represent 10 dialects of Spanish, from Argentina, Chile, Cuba and Puerto Rico. This year’s students have the opportunity to use their Spanish 24/7 while living in the dorms as well as during an introductory global development course taught in Spanish. Students also are taking a hands-on global development projects class and learning Spanish engineering vocabulary specific to their fields of study.

“We’re hoping for the program to evolve over five years,” Sieber says. “By year three, we will add French and Portuguese; and by the fifth year, Arabic and Mandarin.”

Constrained by a low startup budget, Sieber says the students primarily use readily available communications tools such as Skype, Google+ Hangouts and GoToMeeting from Citrix Systems; however, a new telecommunication facility with video conferencing equipment will be ready later this year.

“It’s really important for our science and engineering students to use these collaboration tools,” she says. “They will be lost in the real business world without them.” 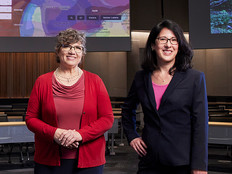 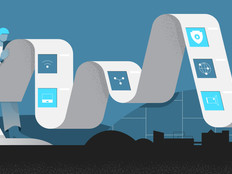