IT departments at institutions of higher education continue to see sustainability and environmental protection as strong motivators. Across the educational landscape, institutions are looking not only to lessen their environmental impact, but also to curb costs while doing so.

When a product reaches its end of life. Most colleges and universities upgrade computers and peripherals on a regular three- or four-year cycle. This is the time to do the math on power consumption: notebooks versus desktops, LCD versus CRT monitors, and so forth. Most institutions have already moved to less power-hungry LCD monitors and are now considering other changes, such as using notebooks instead of desktop computers (which can reduce energy consumption by a third with some models). Many are also using routers that power down when inactive and consolidating printing to reduce wasted paper.

The University of Oklahoma at Norman, for example, centralized its print operations and ferreted out inefficient printers. The new system reduced paper consumption by half — from more than 250,000 to less than 125,000 pages per week — and reduced the cost per page by 50 percent as well. Such efficiencies protect the budget as well as the environment. For more, see “The Fine Print,” on page 45.

When paired with other management initiatives. Upper management is driving a growing number of green initiatives in the private sector, says Richard Hodges, founder and CEO of GreenIT, a consulting firm specializing in environmentally sustainable information technology. Many organizations see value in positioning themselves as environmentally responsible, and higher education is no different.

Take the University of California, Merced as a case in point. As part of its continuing commitment to cutting costs and reducing its environmental footprint, the campus built its new data center with a chilled-water cooling system instead of a traditional HVAC system. By deploying variable-speed pumps and running its water chillers at night, when statewide energy consumption is lower, the campus has taken a strong start down the green path. Additionally, four of UC Merced’s buildings are certified by the Leadership in Energy and Environmental Design (LEED). The Central Plant, which houses the telecommunications and data center, obtained a LEED Gold designation. For their story, turn to page 26.

When it makes IT more efficient. IT still must provide a strong business case for any new technology initiative — green or not.

Virtualization is another example. Although there are initial up-front expenses, particularly for new hardware, the ability to capture system snapshots for better disaster recovery and system redundancy, and to simplify system reboots only helps bolster the argument that fewer servers equals reduced power consumption. Blade servers are another cost-, energy- and space-saving technology option for a number of institutions. Capital University recently installed blades to conserve rack space and save energy, while Bowdoin College added virtualization to its blade server initiative. Capital University expects cost savings of more than $200,000. Bowdoin College upped its server utilization from 7 percent to more than 60 percent with a virtualization and blade server combo. This cut power costs by an estimated $50,000 to $100,000 per year, and reduced the outlay for hardware by more than $500,000. With tight budgets a part of every institution’s marching orders, savings like these can’t be discounted. For more, see “Colleges Warm to Blades,” on page 34.

Luckily, when it comes to green IT, colleges and universities don’t have to choose between being eco-friendly or efficient. 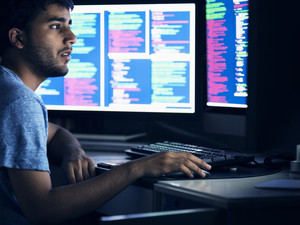 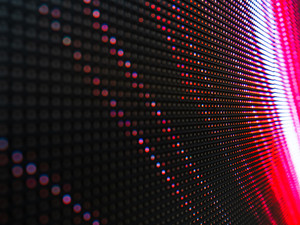